Steve Baird has more than 25 years of experience in protecting the trademarks associated with brands. As chair of Winthrop & Weinstine’s intellectual property department, he represents brand owners of all different sizes, shapes, and industries. Recognized as a gifted writer, speaker, creative thinker, and legal strategist, Steve has a professional passion for winning, building, teaching, mentoring and also supporting selected pro bono clients. He has presented on trademarks, brand management and related IP subjects for the Midwest IP Institute, the American Bar Association, the American IP Law Association, the Intellectual Property Owners Association, the International Trademark Association, Strafford Publications, HOW Design Live, FUSE, a variety of law schools, and the Carlson School of Management, among others.

Steve has been listed as a Super Lawyer® every year for more than a dozen years and also has been named a top 100 Super Lawyer® in Minnesota. He is part of the Circle of Excellence, being twice named an Attorney of the Year by Minnesota Lawyer magazine. Recognized among the Best Lawyers in America® since 2012, an IPStar since 2013, Steve also is named in the World Trademark Review 1000 within its Gold Band, for his distinction in the fields of trademark enforcement, litigation, prosecution, and strategy. Steve founded and blogs about trademarks and advertising issues on Winthrop & Weinstine’s award-winning DuetsBlog — a top ten IP blog that was designed to facilitate a more graceful collaboration between legal and marketing types. In 2017, Steve received Top Author accolades from JD Supra Reader’s Choice Awards, ranking 2nd out of 853 trademark authors in the U.S. In addition, New York Times Best Selling Author Seth Godin recently praised Steve’s writing and engagement, calling DuetsBlog “brilliant,” “endlessly interesting,” and asking “If you need a trademark lawyer, who are you going to call? Some drone or your friend Steve?” 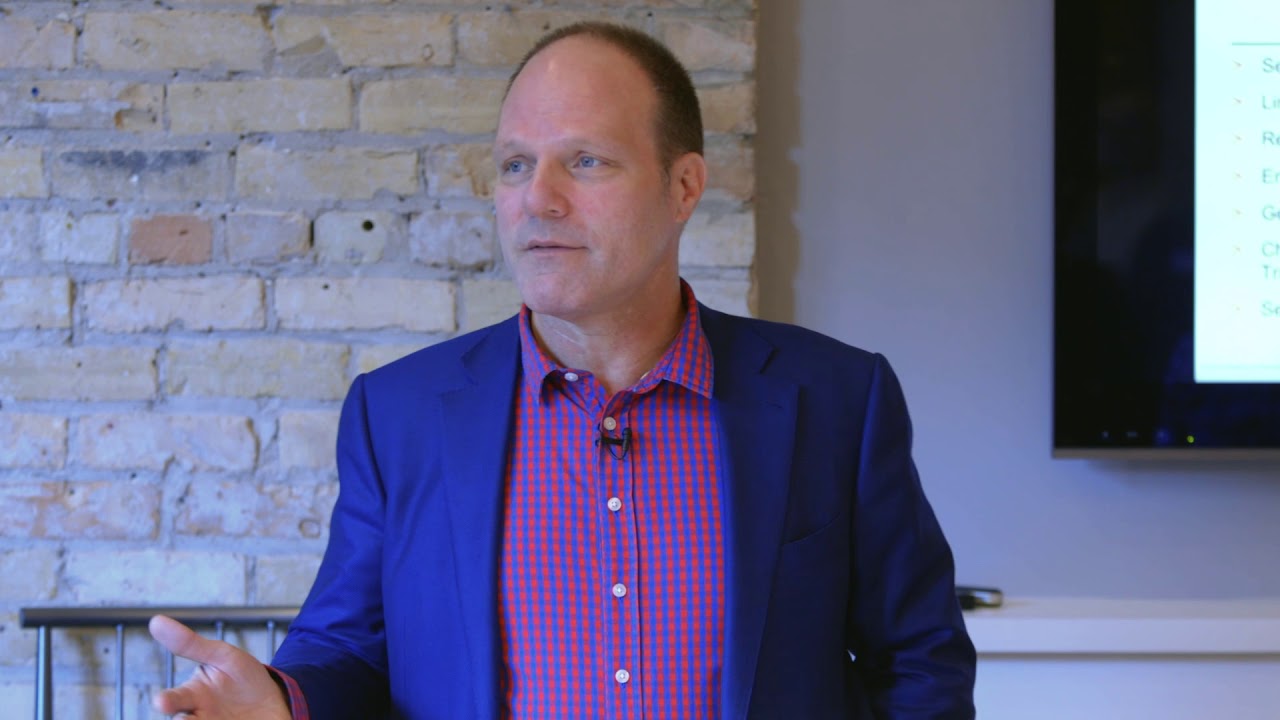 Capsule's Think & Link event is an invitation-only monthly gathering of like-minded people, coming together each month to discuss hot topics and important issues. It's an invaluable sharing of insight and inspiration.

Charles Youel, founder and creative director of Artcrank, took the Think & Link stage in May, 2017.

Hit us up! ...are people still saying that?